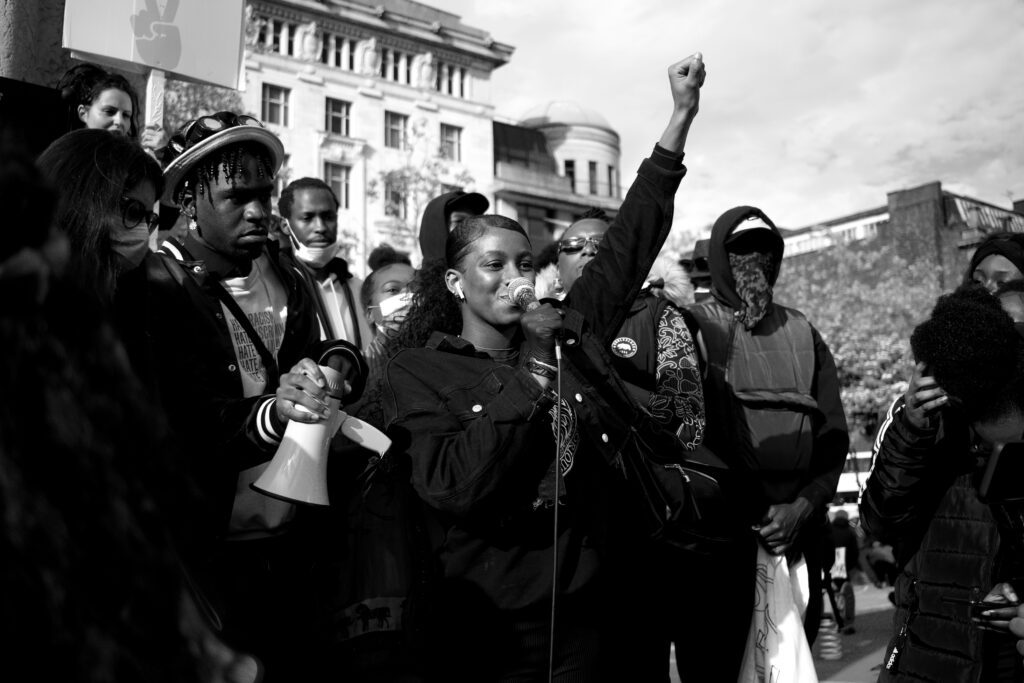 Those of us who grew up during the 1960s were unable to escape the issue of race in everyday news and of believing that the people of African descent whose ancestors had been brought to North America in chains to serve as slaves would now be ‘mainstreamed’ into white society.

The words “racial”, “racist,” “integration,” “bussing,” “redlining,” and others became part of everyone’s vocabulary, and since War for the World No. 2 of 3, major strides have been made in bringing people of all races and ethnicities into the mainstreams of American society, beginning with Jackie Robinson’s entry into major league sports in 1947 and the Supreme Court’s integration of public schools with Brown vs. Board of Education in 1954 and many other historic milestones.

The last major massacre of Indians took place at Wounded Knee, South Dakota in 1899. With the dawn of the new, twentieth century, the United States decided that it no longer wanted to continue its genocide against non–white American in such a bloody and inelegant manner. “Free money” became the weapon of choice for killing Indians and obliterating their culture in place of bullets and smallpox blankets. Making them dependent on free housing, free high–fat, high–carbohydrate foods, and enough alcoholic beverages would slowly destroy what remained of their self–respect, initiative and health that they would die slowly of debilitating conditions like diabetes and alcoholism – while giving the government the appearance of helping, not annihilating them.

Who would ever think?

While slavery had officially ended in 1865 and the number of lynchings (see Richard Wright’s 1938 Big Boy Leaves Home) are known to have approached 4,000 between 1877 and 1950, a different method of genocide would be applied to blacks with Lyndon Johnsons’ Great Society welfare and food stamp program beginning in 1965. It worked on the Indians, why not? This program operated with the same cynical philosophy of providing free money and food assistance to mothers with children for whom no father was present in the family, with the “unintended” consequence of requiring black males to stay out of their families’ lives if the mothers wished to continue receiving “benefits.” Keeping fathers from being involved in the lives of their children has had the effect of producing a hugely disproportionate population of fatherless black children who grow up with all of the academic failings and delinquencies for which fatherlessness is notorious in all races throughout history (Alexander, Hitler, Charles Manson, John Wilkes Booth, the present writer and 95% of prison and death row inmates – come to mind). America has more black men in prison than in college. And in promoting her even more cynical dream of a “race of thoroughbreds,” a thoroughly white and racist and co–admirer of Adolf Hitler Margaret Sanger (d. 1966) took pains to locate her first Planned Parenthood abortion clinics in black areas of New York City. She would be delighted to hear that today most black babies are never born.

To add insult to genocidal injury, Affirmative Action continues to identify blacks and other minorities as inferior and still in need of assistance. Since first being implemented by Executive Order by President John F. Kennedy in 1961, the initial objective of compensating for hundreds of years of oppression has long since exceeded the law of diminishing returns and only serves as a subtle, insidious insult to the intelligence and talents of its “beneficiaries” by persisting in identifying them as less–capable while all around they see people of their own heritage escaping its slough of mediocrity and brilliantly succeeding without it.

Never has a more cynical or racist trick been played on any group of people than that of the electing of Baraq Husein U–bama to the country’s Presidency. Americans of African descent exulted in what they thought was the first member of their race to be elected President, but have been bitterly disappointed by his failure to improve their lives in any appreciable measure. And, since he possesses none of the blood of people who worked on plantations or lived in ghettos, why should they expect any better? His mother was a spoiled daughter of affluent, white parents living on Mercer Island, Seattle’s Beverly Hills – and a Kenyan tribal prince. Aristocracy on both sides. His gut–felt contempt for the “fellow blacks” who so hopefully voted for him can be seen in his audacious flaunting of privilege in front of them, but most flagrantly in the catastrophic and embarrassing fall in the African–American standards of living during the seven years of his occupation of the American Presidency.

Tavis Smiley responded to questions from Megyn Kelly Jan 11, 2016 with the following statistics:

1. Black poverty rate has increased from 25.8 to 27.2 percent
2. Median income dropped 9% for blacks, 1% for whites. Non–white income overall dropped 10% to $33,000 per year.
3. Median net worth for non–whites collapsed a full 20% to $18,100 in contrast to whites’ increase of 1% to $142,000, boosting “white privilege” to eight times higher than their nonwhite counterparts. For blacks, the same disparity is 13 times higher, a 25–year peak.
4. And the rate of black participation in the labor force is the lowest ever recorded.

This does not represent a mere failure on U–bama’s part, it displays a bitter, cynical and criminal betrayal, not only of blacks but of a very great number of whites who honestly believe every member of the human race should have a fair opportunity for success in our country.

It is quite easy to understand the frustration of African–Americans who have been rioting most recently in Ferguson, Missouri and Baltimore and precipitating officer–involved shootings in view of their younger generations growing up and discovering that there are still limited opportunities after more than sixty years of civil rights breast–beating, lip–service and do–gooder social engineering and bureaucratic manipulation. A true, deeply entrenched racist character remains in full flower in the American DNA, and is especially well–concealed behind the only half–African pallor of our former Impostor–in–Chief.

So, yes, America has moved beyond the times of segregated lunch counters, drinking fountains, swimming pools, schools, bullwhips, cross–burnings, lynchings, burnings–alive and now marches triumphantly into the twenty–first century, surreptitiously oppressing its African–descended population with all the “good” things she does for them.

Has anyone else noticed a dramatic decline in race-related mayhem since the end of the Baraqiato?

Feminism as a WMD