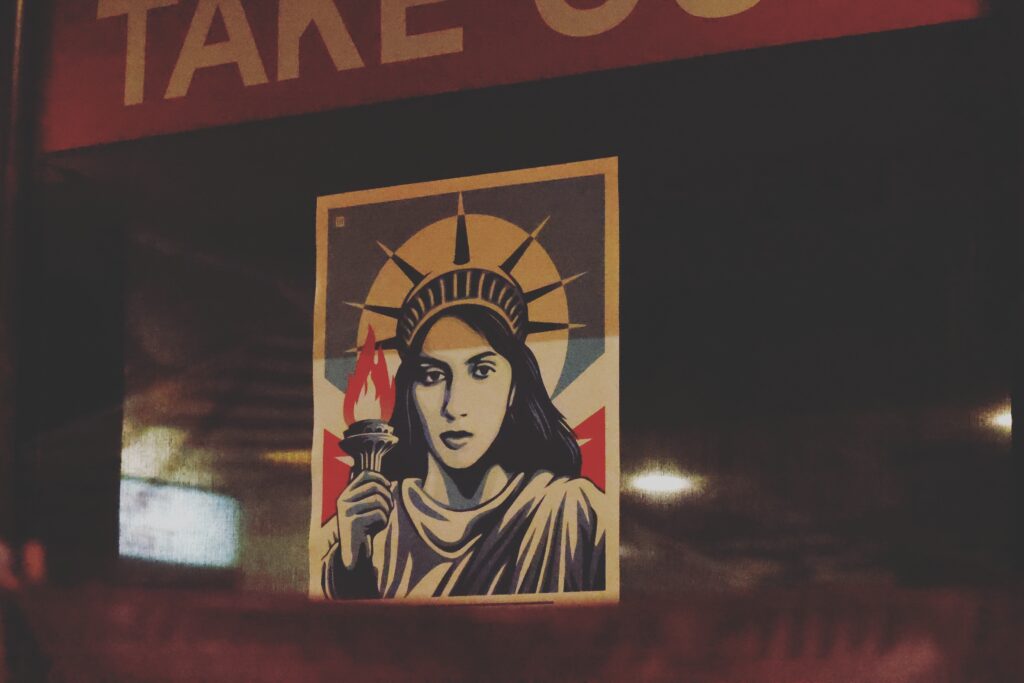 American people observing the jumbo jet–loads of Mohammedan people coming into our country somehow seem to think “How quaint, these men all wearing beards and their wives wearing clothing covering nearly every square inch of their bodies! They must be here to assimilate into our ‘great melting pot!’ ” Won’t it be grand?

No. Sorry. They are here to torture and kill us. Disfigure womens’ faces and perform female circumcision en masse – without anaesthetic, amputate, drown, decapitate, incinerate and, well, just look at what they’re doing already in the Levant. Women will be forced into serialized marriages or prostitution servicing Jihadi fighters in the same way Asian “comfort girls” were forced to service Japanese soldiers on R & R during World War II. This is already happening in the Levant in areas falling under ISIS control.

These people have been deeply offended by our TV and music programming assaulting their cultural sensibilities in their home countries, and with encouragement and passport and immigration assistance from Catholic Social Services and others are being imported to the United States so they can destroy these influences at their sources in Hollywood and New York. Their basic assignment will be to serve as a faction in a new civil war and to help precipitate martial law. Muslim barbarism identical to that confronted by the earliest of the United States Marine Corps in Northern Africa (1801 – 1805), by General Pershing’s occupation force in the Philippines (1900), by Indonesia in 1965 and as we are seeing in real time in the power vacuum we left in Iraq will be unleashed here on Americans from sea–to–shining–sea. Sleeper cells have already been established throughout the United States and await nothing more than a Tweet, IM or some other coded electronic signal to spontaneously commit mass atrocities throughout the country on a moment’s notice – and without warning. California Senator Diane Feinstein has spoken of these cells, and she ought to know, having held the door for the Islamic invasion for years. Knowing that the birthrate of native–born Americans has dropped to far below the replacement rate and that their own birthrate is two to three times higher than the replacement rate, they are gleefully anticipating the day when they can replace the United States Constitution with one based entirely on Sharia law. No more “separation of church and state.”

Under Islam, the church – or mosque – and state are one, in what is known as a caliphate.

Muslims are carefully and deliberately exploiting Americans’ ignorance in religion. They come to this country, see church buildings everywhere, but rarely see anyone actually living a faith, unless it’s the worship of self, sports, celebrities, sex, alcohol, drugs or money or [your object of idolatry here]. They cannot miss seeing all of the adult bookstores, casinos, nightclubs. And the endless varieties of religious sects, subsects and cults. So they feel perfectly justified in their plans to kill Americans en masse because of our blatant hypocrisy and shameless decadence. What are they supposed to think? We’re supposed to be telling them about Jesus, but all we’re telling them is how addicted we are to all manner of material and supernatural entities.

It should come as no surprise that the Muslim Brotherhood derives much of its motivation from the experience in the United States of Said Qutb, an Egyptian educator who spent two years in and was appalled at the decadence of this country even then – between 1948 and 1950 while attending Colorado State Teacher’s College in Greeley. After returning to Egypt and befriending his country’s then–new president Gamal Abdel Nasser, he became involved in a plot to assassinate Nasser because of the Egyptian president’s growing friendship with America. After he and five others were hanged in 1966, their followers in the Muslim Brotherhood regard him as a martyr and have gradually grown in strength and spawned present–day Al–Qaida and ISIS/ISIL, etc., who are dedicated to jihad to the death to destroy Western civilization at its (our) hopelessly corrupt core.

And they know that we think their god is the same as our God, when in reality Allah is only the moon god of Mohammed’s native Qura’ish tribe, under whose inspiration he set about killing everybody who would not worship him. Allah may be the one true god of a specific Arabian tribe, but it is not the God of the Bible. How can we tell them apart? Allah had three daughters and zero sons, and God had only one begotten son, and no daughters. The Quran had originally been written – per Mohammed’s actual “revelations” – to include verses telling of these three goddesses, Al–Lat, Al–Uzza and Menat, but because this would obviously conflict with their pretense of monotheism, a bogus controversy was conjured up to identify these verses as the satanic verses, Surah LIII.vss. 19-21.

Mohammed was one of history’s great empire builders, like Alexander, Genghis Khan and Napoleon. What sets him apart from all these and others whose empires eventually disappeared was that he had the presence of mind to invent a religion with which to keep his subject peoples under control indefinitely. Josef Stalin even knew to create a cult worship of Vladimir Lenin by having an elegant mausoleum built to display the body of his–assassination–victim–predecessor in a sealed glass enclosure for public viewing and worship, and which served well in keeping the Russian people faithful to Soviet–style communism for nearly seventy years. (He must have learned this trick at the Jesuit seminary he attended at Tiflis.) This required the fabrication of a religion, and to make his people a “people of the book” in imitation of the Jewish and Christian peoples by writing their own, very elegant–looking Quran. The Quran may be the true, be–all, end–all holy book of the teachings of Allah, but it in no way supercedes the Bible any more than Allah supercedes the God of the Bible.

First the North American colonies, then the new nation from which they were formed were intended from the very beginning to serve as a refuge from English and European–style theocratic governments. Every one of the “old” countries’ governments had an official, state church. (It should be noted here that it was members of Rhode Island’s Baptist – not Protestant, and certainly not the Catholics of Maryland – churches who insisted on preventing the country from setting up a “state” church, as representatives from most of the other states wished theirs to be.) England had her Anglican, and most European countries had the Roman Catholic as their state church. Muslim countries to the east had Islam as their state religion, and it remains the official doctrine of both Catholicism and Islam that their religion be the state church over their respective nations in contrast to the Constitution of the United States whose First Amendment “establishment” clause prohibits the joining of church and state. This country by its very definition as a free, constitutionally–defined, sovereign nation is the very antithesis of Islam and should prohibit any official or legal integration of Islamic culture or law as utterly incompatible with one another. To submit to Muslim demands for legal accommodation is to subordinate our freedom from religion to their religious bondage system and forever forfeit our personal and spiritual liberty and our lives to them.

If we take seriously the words of Genesis 12:3 “I will bless those who bless you and I will curse those who curse you…” watch for offended Islamics to demand the United States stop supporting Israel and cut off diplomatic relations, then be ready to put your heads between your knees and kiss your you–know–what good–by. U–bama is one of them and will feel obligated to do so.

These people are being brought into the United States by the world’s powers–that–be, not the least of which is the Roman Catholic Church, those merchants of Revelation 18:3, 11, 15 and 23 for the purpose of helping to wipe out the fat, lazy, decadent people who think they/we are too good for menial, uninspiring or non–self–actualizing work. These high–level corporatists are only too aware of Americans’ sloth, obesity, psychological complexes and codependencies to have any hope of using them for productive work and are lobbying their puppet Baraq Husein U–Bama to do everything in his power to legitimize Islam in the country and encourage violation of any and all immigration laws and border restrictions to permit people from the Third World to enter and occupy jobs vacated by unemployed, under–employed, unemployable and don’t–want–to–be–employed Americans, and ultimately, to kill us off in their disgust. They care nothing for our self–esteem.

So, when a Muslim comes to cut your head off, you can witness to him by telling him he still needs to know the real Jesus if he wants to go to Heaven instead of believing in the false hope of some bogus paradise with seventy–two virgins.