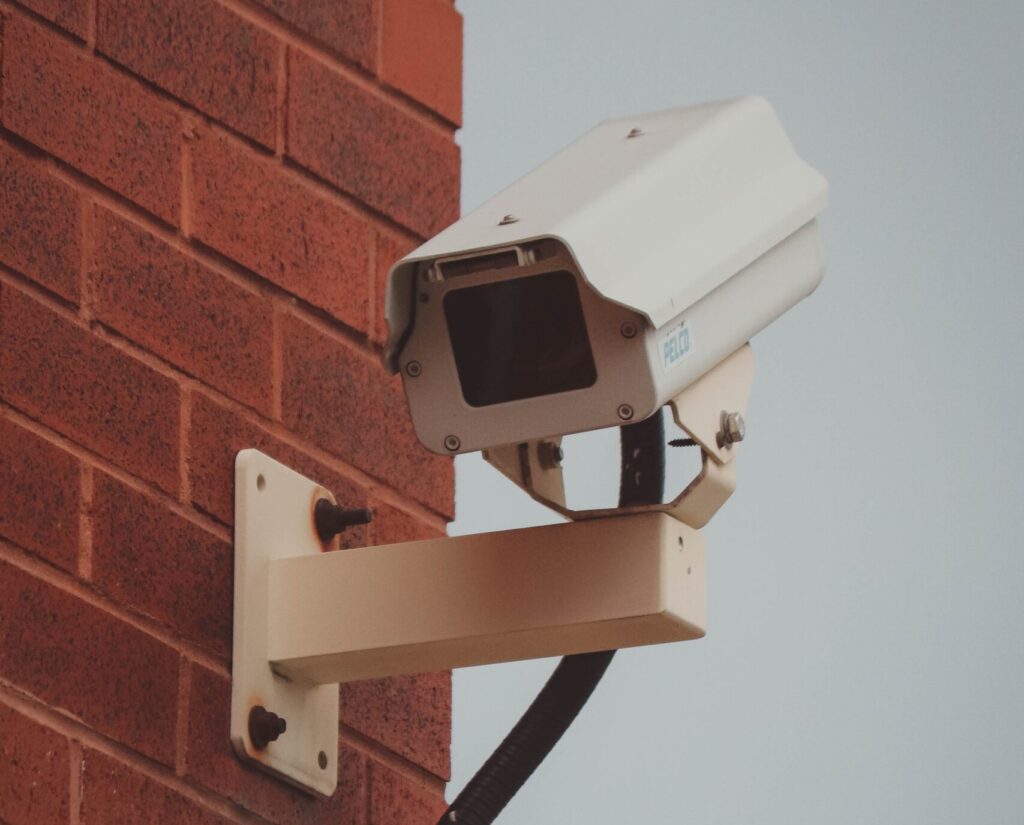 One rarely hears mention of the Roman Catholic Church’s secret police known for eight centuries as the Office of the Inquisition, as any such references are carefully redacted – edited out of – school and college text books. And books being stolen from libraries, if not checked out – and never returned. The first this writer would ever hear of it was when reading Edgar Allen Poe’s The Pit and the Pendulum in the seventh grade. Poe had been closely associated with Jesuit Fordham University, and may have incurred the Jesuits’ notoriously murderous enmity by exposing the horrors of the Inquisition as late as the early nineteenth century, as his untimely death and circumstances surrounding it in the century that followed remain obscure.

Though most references to the Inquisition are to the Spanish, its tenure in Iberia is only a small fraction of its overall history. First established in France during the thirteenth century under Dominic and used to “extirpate” first the Cathari and later the Albigensians, Waldenses and any more non–Catholic, Christian groups thereafter, it has never ceased to serve as the Pope’s secret police by morphing into any number of sham organizations to carry out Vicarius Filii Deus’ (Latin for Anti–Son of God or, anti–Christ) grand designs.

No one would be more disgusted with this lapse in Catholic enforcement than Ignatius of Loyola, who set about establishing a private army of uber–educated, uber–brainwashed and uber–motivated fanatics chartered to work with fiendish determination in any capacity necessary to subvert all governments and religions to a one–world theocracy headed by none other than the Pope.

From then on, The Office of the Inquisition would be entirely managed by the Society of Jesus, the Jesuits. And, most importantly, the Inquisition would be reidentified in many different ways to conceal itself from suspicion, exactly has had been Pope Paul III’s wish when he insisted that Loyola change the name of his proposed order from Company of Jesus to Society of Jesus – to obscure the fact that instead of a priesthood, it was to be in all respects an army. “Company” in all Latin–based languages invariably signifies “army.” This explains why members of both the Jesuit order – and of the CIA – fondly refer to their organizations as “The Company.”

In his book, The Secret Team, L. Fletcher Prouty tells us that the CIA maintains a “whole stable of writers, its favorite magazines and newspapers, its publishing houses…ready to go at all times” – and at high salaries – to produce elegant, credible–looking literature. Published in 1972, his original book missed the chance to list “internet sources and websites” as we see now, and we can be assured that he knew of the agency’s control over radio and television for the entire time of their massive, monolithic control of the Western mind. Even the most casual observer should see that the vast bulk of media “copy,” from any and all popular sources is and has been discretely under the control of this un-American, anti-American, subversive Trojan Horse/Fifth-Column.

Adolf Hitler began his career as an anti–communist in 1919 with a bag of Vatican cash handed him by Monsignor Eugenio Pacelli – who became Pope Pius XII twenty years later – at the door of the papal Nuncio in Vienna just as the Bolsheviks were taking full control of Russia, and was maneuvered into power to attempt to retake the Russian landmass for the Pope – in a 16th Crusade – after having lost it to the Russian Orthodox religion in C.E. 1054. After twenty–six years and tens of millions of fatalities and still having failed, “Wild Bill” Donovan and his fellow Catholic cronies John Foster Dulles and Allen Dulles succeeded in having President Harry Truman authorize the establishment of a “central intelligence agency” to turn the United States and the Soviet Union into bitter enemies, destroy themselves from within, all under the elegant cover of gathering intelligence against our “enemies.” Here again, the title of the new organization would obscure its true character.

From then on, this CIA set about using “fun and games” (the agency’s own words) to destabilize and subvert governments worldwide, (e.g. Greece, Iran, Congo, Laos, Cambodia, Viet Nam, Cuba, Nicaragua, etc.), “cover stories” (again, the agency’s own words) using all forms of literature and media to glorify and/or justify warfare to stop “the spread of Communism” and to cover up, mis–inform, dis–inform, propagandize as needed. And “wet works” (yet again, the agency’s own words) – assassinations of uncooperative heads of state, e.g. Patrice Lumumba, Malcolm X, Ngo Dinh Diem, John and Robert Kennedy, Martin Luther King, Jr., and…John Lennon, Antonin Scalia…?

Fake news? Try fake events, reported by – obviously – fake news – used to precipitate real war or lesser calamities. This is a well–worn template used most spectacularly by the Nazis. German convicts were dressed in Polish army uniforms, shot to death at outposts along the Polish border such as Gleiwitz, photographed and displayed on the front–pages of German newspapers on September 1, 1939, under headlines declaring that the Poles had “attacked,” “justifying” Germany’s invasion, beginning World War II of III. Woody Allen even had some cynical fun portraying exactly the same scenario in his 1971 film Bananas. But, there was nothing funny about the fake Tonkin Gulf “incident,” used to justify ten years of real warfare in Viet Nam with its more than 1,000,000 real Vietnamese human beings and 58,000 Americans killed. And, anyone who thinks 1997’s Wag the Dog is pure fiction, well…and never mind all of the misleading and confusing “9-11 truther” conspiracy theories being tossed to the masses

Virtually all geopolitical events of the seventy–plus years between World Wars II and III, from the replacement of Mossadegh with Shah Reza Pahlavi in Iran, Bay of Pigs fiasco, Cuban Missile “Crisis,” to the warfare in Vietnam, Laos and Cambodia, the Watergate slow–motion coup d’etat that bloodlessly but effectively assassinated President Richard Nixon, Iran–Contra, and all three Kennedy assassinations have been orchestrated by the CIA, in their planning, execution, and media coverage – and cover-ups. The simple fact that both Kennedy (Allen Dulles, 1961) and Nixon (Richard Helms, 1973) fired CIA directors were both removed from office demonstrates that the CIA’s true boss is located somewhere outside the United States, in some ultramontane location, and certainly is not accountable to the President, nor do they feel they must answer to “We the People…”

The more recent tempest–in–a–teapot over “water boarding” and whether it truly is torture and whether such methods should be used to interrogate terror suspects comes to us as the identical method used by the Inquisition in Spain under Alexis de Torquemada, and noted for its effectiveness in extracting confessions without leaving any bodily marks or physical injury. With the CIA in full control of its reporting in news media, one of the historic Inquisition’s most venerable and useful torture devices becomes official, American government policy.

One writer in Tucson, Arizona, well–known in conspiracy circles has publicly stated that at least one–third of books on the JFK assassination have been produced by the CIA. This can only be possible if the CIA just happened to have intimate knowledge of facts relating to the case, enabling them to mix, match and manipulate related artifacts in an endless kaleidoscope of patterns to keep the public just as hopelessly confused – and babbling at each other with *ahem* artificially–fabricated “conspiracy theories.” And it has enough skilled writers at its disposal to flood the media-sphere with confusing, if credible–looking texts, documentaries and films keeping the general population hopelessly and endlessly dazed and confused.

It has recently been revealed that it was a CIA person who fabricated a bogus memorandum to make it appear that Russians had meddled in the November, 2016 election. How quaint – just like they fabricated false events, reported by false news – to trick the United States into waging a ten–years war against the Buddhists of Southeast Asia, beginning at least as early as 1952 with the CIA’s deliberate distortion of Graham Greene’s The Silent American as it made the transition from book to film.

And now, with President Trump getting along just as well with Vladimir Putin as Kennedy with Nikita Khrushchev, a CIA assassination – or some Nixon–Watergate–style removal from office is inevitable. Be watching for a Hollywood movie predicting and detailing the event before it happens, as with 1962’s Seven Days in May. Oh, and followed up with a silly flick deflecting attention from the true facts of the event like Jerry Lewis’ The Patsy – in mid–1964, just one–half year after Lee Oswald’s gangland-style rub-out by Jack Ruby – after loudly calling himself a patsy on live TV. Perhaps the recent controversial play burlesque-ing a Julius Caesar–style assassination of President Trump has already set the stage.

And what of anyone who tries to expose the truth behind any of the CIA’s activities? They are also the creators and disseminators of all the name–calling: “conspiracy theorist,” “birthers,” “9–11 truthers,” etc., that neatly identify and marginalize them as crazies. An ex–president of France has referred to the CIA’s “conspiracy labeling” as the reason for his – and nearly everyone else’s – reluctance to speak or write the truth, the fear of being called names by the otherwise cowardly and misinformed.

We know who we are, don’t we, fellow “conspiracy theorists?”

So, welcome to your newly found perspective on the daily news: fake events, reported as fake news, by fashion–model pretty – and every bit as fake – news anchors, all carefully choreographed and orchestrated for your entertainment – and delusion – to prepare for and precipitate real events by our own, warmed–over Inquisition.

One tires of incessant references to Rothschilds, Rockefellers, Illuminati, Bilderbergers, CFR, Trilaterals, Freemasons, Knights of This-That-or-The-Other, Deep State; even if they do exist and are the boogeymen they’re depicted as, there is no touching them. But, the CIA is an American taxpayer-funded institution subject to the will of the American people, and we have full authority to hold them accountable.

Solution? Disband, de-fund and abolish the CIA Inquisition, exactly as President John F. Kennedy meant to do when he said we would “smash [it] into a thousand pieces and cast it to the winds.” But, as we all know, they killed him before he could.* The CIA had, like a species of burrowing rodents been creating fake events and crises, which kept the President off–balance and distracted from performing effectively, and compelling him to react to them more than to act on his visions for the country. The “Company” is clearly doing the same to President Donald Trump as you read, and with the same objective of setting the stage, either for his assassination – wet works – or removal from office by some other, bogus, Watergate-style fun-and-games affair.

* Of the hundreds of books and films on the assassination of President John F. Kennedy, one actually serves as the trial court record of the only official, judicial verdict on public record declaring that Kennedy had been killed by the CIA. This book is Plausible Denial, by Mark Lane, the attorney who litigated the case.