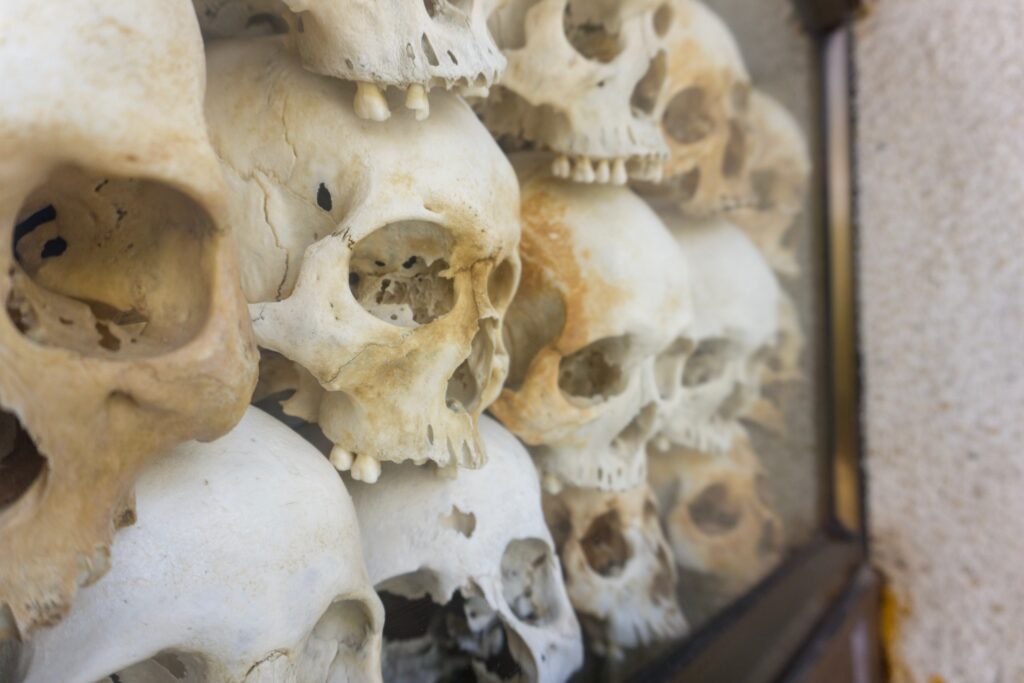 The steady migration of Islamic people to the United States includes a sufficient percentage of radicalized persons capable of the most fiendish acts of terror and torture and who are being stationed in population centers throughout the United States. While we’re preoccupied with our 401K’s, political debates (and correctness), next promotions and pay raise (or welfare, entitlement payment), next chemical buzz, shinier, newer car/house/boat/next generation iPhone, these people have a deeply burning, heartfelt inner motivation to kill Americans. Upon a prearranged signal to be electronically transmitted, these sleeper agents will form death squads and go about killing every American they can. California (where else?) Senator Diane Feinstein has publicly stated such “sleeper” operatives have been brought into CONUS. (Can this be why she wants to take away not only our guns, but our knives and scissors as well?) She ought to know, having been head of the Senate Intelligence Committee holding the door for them. The signal to proceed will most like come from their Jihadist–in–chief, Baraq Husein U–bama, either directly or with his acquiescence – as was the case with Charles IX in France – having been installed in the American presidency for this exact purpose, as he himself stated upon his first inauguration in 2009 to “fundamentally transform America” as we now know – into a feudalistic, Islamic Caliphate – or ashes. What did we think he meant by that statement?

The best example of a precedent for this is that long–forgotten (translated: “neatly omitted from school history books”) horror known as the St. Bartholomew’s Day Massacre, in which Catholics were given state–of–the–art assault weapons, then known as “pikes” – and told to await a predetermined signal, the ringing of church bells and tocsins throughout France. Beginning on August 24, 1572, thousands of Protestant Huguenots were murdered simply for not being Catholic in a bloodbath celebrated by Pope Gregory XIII as an improvement on the Battle of Lepanto which had happened one year earlier – on September 11, 1571.

The situation in the United States is dire, desperate, real–time and entirely due to the ignorance of its people of the historical conditions that have accrued gradually, quietly over time, right before our dazed eyes. In ancient times, city–states and empires grew fat, lazy, complacent and decadent behind massive walls, up to twenty and thirty feet thick, thinking they would be free to engage in any excess or extravagance forever behind such massive battlements. Ultimately it would be their own accumulated stupidity that would render such state–of–the–art defenses worthless as their leaders yielded to the elegant diplomacy and trickery of their besieging enemies and allowed them entrance, as with Troy’s Greek horse, and Rome’s tricking Carthage to hand over her most well–favored children as a “peace offering” – before breaching the walls, killing every living thing and reducing that once mighty mercantilist city with its child–sacrificing (sound familiar?) religion to an ashen, bloodstained blotch on the earth. Americans think their dazzling, whiz–bang, high–tech state–of–the–art defense systems will protect us from all threats, but have allowed their most fiendish and intractable enemy to quietly sneak into our highest offices of government – and our neighborhoods – and plot our systematic extermination right where we live.

For fifty years it has been fashionable for Americans to wag their heads and weep, bemoaning the obliteration of the American Indians as white Europeans supplanted them from sea to shining sea. Peoples who have lived comfortably off the fat of the land and forfeited their strength and character – and fecundity – await only the arrival of the next wave of robust and determined conquistadores to wipe them – excuse me – “us” – out. Only this time, they come not from Spain or Europe, rather from the lands of Los Morros.

And, if somebody says to “gather around the flag, you’ll be safe there!” just remember what happened at Sand Creek, Washita River and Wounded Knee.

And, guess who are the new “Indians”?

Send not to know
For whom the bell tolls
It tolls for thee.
“John Donne”