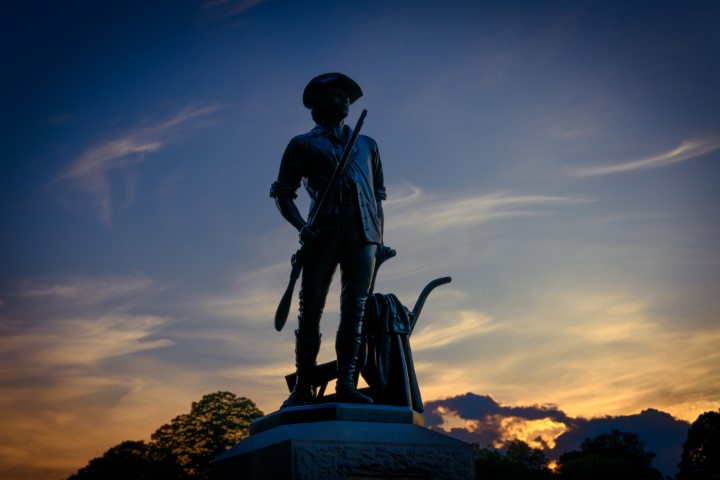 Much of the United States Constitution has been misinterpreted and misunderstood and completely misapplied throughout its history, including some utterly insane Supreme Court decisions, most notably Dred Scott, in which a person could be forced back into slavery based solely on skin color.

More recent cases hijack the First Amendment establishment clause. Engel v. Vitale and Schempp v. Abingdon Township served to prohibit prayer in public school, when the actual intent of this language was to prevent the official establishment of a state church or religion, such as was and still is common in many Catholic-dominated countries, in England with the Anglican Church and is absolutely required in Islamic countries to this day. No separation of mosque and state.

Similarly we see and hear arguments over the Second Amendment referring to ownership of firearms for the purpose of hunting, for instance, that no one should need a gun with a 30-round clip for hunting, especially since states normally limit magazine capacity on hunting rifles to no more than five cartridges.

The principle that is altogether missed in this debate is that the Bill of Rights’ Second Amendment actually has the effect of establishing a separate branch of government in the same way that Article I creates our Legislative (Congress), Article II our Executive (Presidential) and Article III our Judicial (Supreme Court and lower courts). The principle is that, in order to preserve the Founders’ intent of a free state, that there would require an established and guaranteed Militia to serve as a check against excessive Federal power over the People, when the checks and balances inherent within the separation of powers structure dissolves and the central government becomes a menace to We the People…. And, in order for the Militia to exist in any real form, it would need to be armed to serve as a deterrent against runaway, central government as had been so frequently and commonly experienced in Europe throughout history, most notably in principalities having an official state church. It was – and still is – normal for such states to compel subjects to relinquish their weapons to enable their systematic extermination. For this reason, the language used did not limit the right of the People to any specific type of weapon, but generally assured their right to keep and bear arms, defined by contemporaneous dictionaries as military-grade “weapons of offense or defense,” hardly to be confused with sporting goods.

The people of the colonies which had formed the first thirteen States and became subject to this historically unprecedented formation of a government by Constitution – i.e. a country constituted by a clearly-written document were of a remarkably civilized, Judeo-Christian character and philosophical world-view who could be relied upon to be trusted with military-grade weapons, up to and including bayonets, swords, and the largest and most destructive then available, field artillery. Individuals who abused the right to keep and bear arms by criminal acts were rare enough and sufficiently isolated to be managed by local law enforcement agencies, correctional institutions, hangmen, as needed.

Unfortunately, and as is customary in the life cycle of nations, after enough time passes and enough generations have faded into the past, the character of We the People…incrementally decays to a point where not only does it no longer possess the civility and character of the Founders, they no longer understand the meaning of their Constitution and are of such low and base character that they no longer qualify to serve as members of a militia, and thus forfeit any right to possess sharp objects and blunt instruments, much less military-grade weapons. The detachment of public education from its Judeo-Christian foundations by the earlier- referenced Supreme Court decisions in concert with the institutionalization and proliferation of spoiled, fatherless and broken-home children in society has made this a certainty.

It is quite obvious that the people in the tall buildings who actually govern the affairs of The West are acutely aware of the degraded condition of the general population and feel that it is time to disarm and in effect demote “We the People…” from our status as citizen-militiamen to that of serfs or peasants, slaves, cadavers.

Thus does a people, hopelessly ignorant of history, yet again blindly and blithely suffer the results of its repetition.