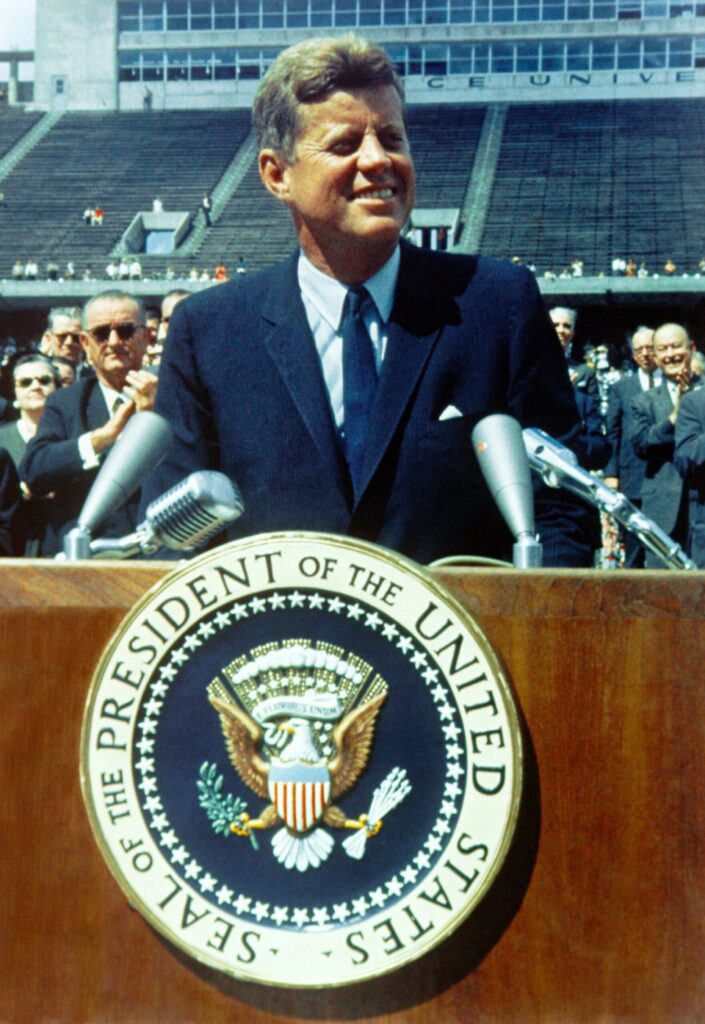 It is entirely possible, that, aside from your reading it here and now, the world will never know this truth. Even today, as we approach the 58th anniversary of the President’s cold–blooded murder, most of the United States population has no idea.

Whereas enough time has passed to know who killed Julius Caesar, Wenceslas the Good and others, there may not even be enough time left in future history for anyone living today for Kennedy’s death to ever be fully known.

One motive, by itself, and utilizing any number or combination of sub–pretexts, overarches them all.

In a word: Education.

Whereas the old aphorism “The hand that rocks the cradle rules the world” is something immensely more significant than as a hackneyed metaphor, it represents the deepest of reality to the Vatican’s self–perception as ultimate owner and ruler of the entire Earth and all of its inhabitants. And of its primary vehicle for administering control of its possession, the pedagogy of young minds from the earliest point in a child’s life that they can possibly seize control over it. It would not be surprising to learn that they are seeking ways to begin influencing children’s minds while still in the womb. And so, dear reader, be prepared for the greatest historical discovery of your life as you finally will have shown to you the true motive for your President’s murder, nearly six decadess after the fact, and after dozens of books and millions of copies have only further confused and obscured the issue. Don’t be surprised if you sense a feeling of personal responsibility for having allowed this monstrous crime, together with the dozens of people who had inside knowledge and witnessed the event who have died under mysterious circumstances or been outright murdered ever since.

Senator John F. Kennedy of Massachusetts, occupying that Congressional office from 1953 until 1960, voted against any initiative to provide Federal government funding of Catholic parochial schools. Since well back in the nineteenth century, the Catholic Church and its hierarchy had desired that the U.S. government begin subsidizing the parochial school system it was setting up with a mind to taking control of all education in America. Catholic bishops, priests and cardinals were even more vicious in their hatred of the American public school system, and made a point of telling parishioners that if they allowed their children to attend public school, both they and their children would be in danger of everlasting hellfire. But, by the late nineteenth century, public schools in the U.S. were so well established and highly respected for their academic excellence that if the Catholic church wanted to replace it with their own parochial school system, they would have to destroy it in situ and leave a smoking ruin of it for the general population to sneer at – and then blithely transfer their children to the nearest, and “better” Catholic school. John F. Kennedy dared to stand in the way of this Grand Design. What one sees is that in order kill him without the motive of education being apparent, other diversionary circumstances, crises, smokescreens and hysterias would have to be invented.

The artificially fabricated “Cold War,” already a well–established phantom in the American mind to make enemies of the two major allies who together had won the Second War for the World, provided the perfect culture in which to plant the seeds of crises which would terrorize the public, thinking we had been brought to the “brink of nuclear war” with the USSR over supposed missiles in Cuba. Together with the earlier Bay of Pigs stage–play–fiasco, all had been initiated and managed by the CIA, of which Harry Truman is quoted to have lamented in 1960 that he never would have authorized the establishment of such an agency if he had known it was to become an “American Gestapo.” This was exactly the agency’s founder’s – beginning with William “Wild Bill” Donovan, a fanatical Catholic himself – intent.

The best example of a precedent for the murder of a head of state is in the assassination of France’s King Henry IV in 1610. The Jesuits arranged for a man fiendishly embittered by having been refused admission to their order to stab the king in his carriage at just the time a wagon was conveniently pulled into its path. In addition to issuing the Edict of Nantes, which provided for equal treatment of Protestants and Catholics, Henry had authorized state funding of Protestant (known in France as Huguenot) schools in addition to Catholic.

The exact same situation occurred in, of all places, Mexico. One of the results of the Mexican Revolution of 1910 would be the dramatic increase in the number of schools in Mexico. Though President Madero had attempted to have schools built for the common people, he was assassinated. Later, during his four–year term as president, Alvaro Obregon did succeed in establishing hundreds of public schools for non–elite children, which required the importation of many teachers from the solidly Protestant United States. Since the country’s new constitution limited a president to one four–year term, Obregon ran for the office and won a second term. But Edmund A. Walsh, S.J., founder of Georgetown University’s School of Foreign Service arranged for a Catholic nun, known to history as Concepcion Acevedo de la Llata, and by the diminutive La Conchita, to recruit a young “patsy” named Jose Leon de Toral to shoot and kill Obregon at a state dinner before he could reassume the Presidency.

This should help explain why the quality of American education has so deteriorated since 1963.

God help anybody who discovers this reality and seeks to make a public issue of it.

[1] This is eerily like the scenario depicted in Oliver Stone’s film JFK in which David Ferrie, played by Joe Pesci sobs hysterically about being defrocked as a priest for homosexualism – before helping orchestrate the “triangulation crossfire” was used to ambush the President in Dealy Plaza.